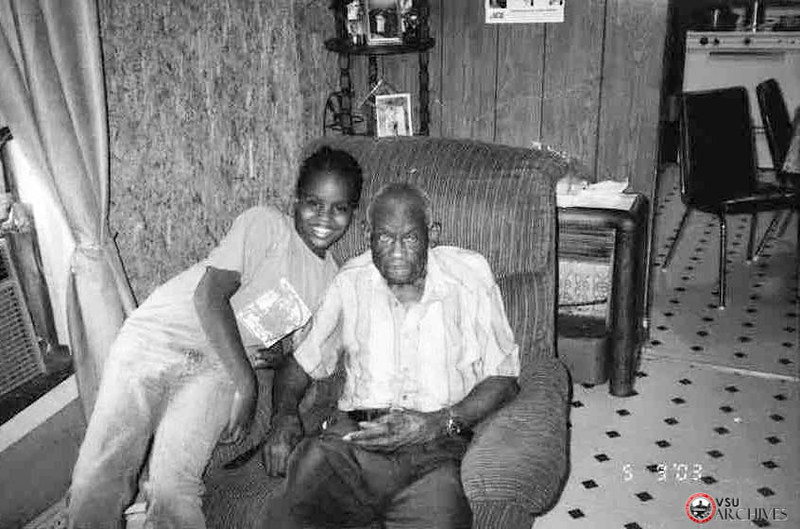 Mr. L.A. Nelson was born in Spring Hill, Georgia on February 26, 1903 [1905?]. Spring Hill was a settlement started by Negroes from South Carolina. These newly freed slaves migrated to an area approximately 6 miles outside Thomasville, Georgia. They cleared a wooded area and established homestead farms on the cleared site. Nelson’s biological father left the family while he was still quite young, but he and his younger sister were reared by his mother who worked several domestic jobs to provide for them. Nelson was introduced to the turpentine business by his stepfather, Mr. Will Brown, sometime between his 12th and thirteenth birthday (1915-1916). His first experience in the woods was as a pine raker.

Nelson’s family moved from woods to woods over a fifty year period. They went from Murphy, Georgia to Fargo, Georgia and on to other locations in Colquitt County. Farming was also a part of Nelson’s experience while turpentining, and he worked the areas of Dahlonega, Georgia, Moultrie, Georgia, Macon, Georgia, Cordele, Georgia, Waycross and Blackshear, Georgia. Next, it was on to Florida as Nelson sought to work the woods in Jasper and Jennings. Then he came back to Georgia to work in Council, Needmore, Mayday and Tom Creek. Nelson’s experiences in the camp and his acquired ability took him from raking pines, to chipping and mauling casks, to tacking tin and pulling boxes, and even to woods rider, and from there to driving trucks. His experience also put him in the employ of many different turpentiners. He began working for Poole and Langdale. Later he worked for S. W. Paw, and the Wetherington family. Nelson describes in great detail, sometimes humorous, and sometimes painful, his experiences over several decades as a turpentiner.

At the time of this interview Mr. Nelson, or “Stick” as he was fondly called, was ninety eight years old. This interview took place in the summer of 2003, and shortly after its completion, Nelson died. He gives us an accounting of the lives of the people that he worked for, and of those with whom he worked. He gives us a vivid picture of life in the camps-covering camp conditions, bosses, entertainment, sports, money, self employment, food, education, religion, women and children.

content_summary: Continuation of a tape session begun over a series of days in July and August, 2003, regarding Nelson's life experiences, focusing on turpentine and in this tape, as a Mason.