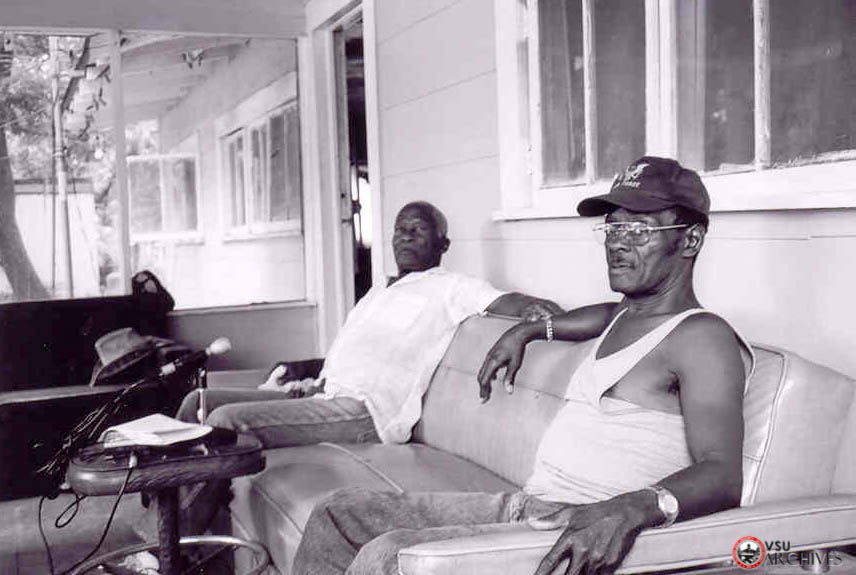 notes: "Mr. West was joined in the interview by Mr. Eddie Lee Scripp (now deceased), a former turpentiner. The interview took place on the front porch of Mr. West's home for Faces in the Piney Woods project. This recording, unfortunately, loses whatever it is worth in content in its extremely poor sound quality. On Mr. West's front porch the sounds of passing cars, whistling trains, buzzing bugs, bleating goats, and everything else associated with the rural but changing outdoors dominates the air. At one almost humorous point in the interview, a very large truck parked across the street from Mr. West's home and left its engine running for a good 30 minutes. Also, Mr. West had with him an old turpentining friend of his, Mr. Eddie Lee Scripp, and thus it was impossible to place the microphone in a position that would record their voices with adequate volume. Additionally, most of Mr. Scripp's words are unintelligible."