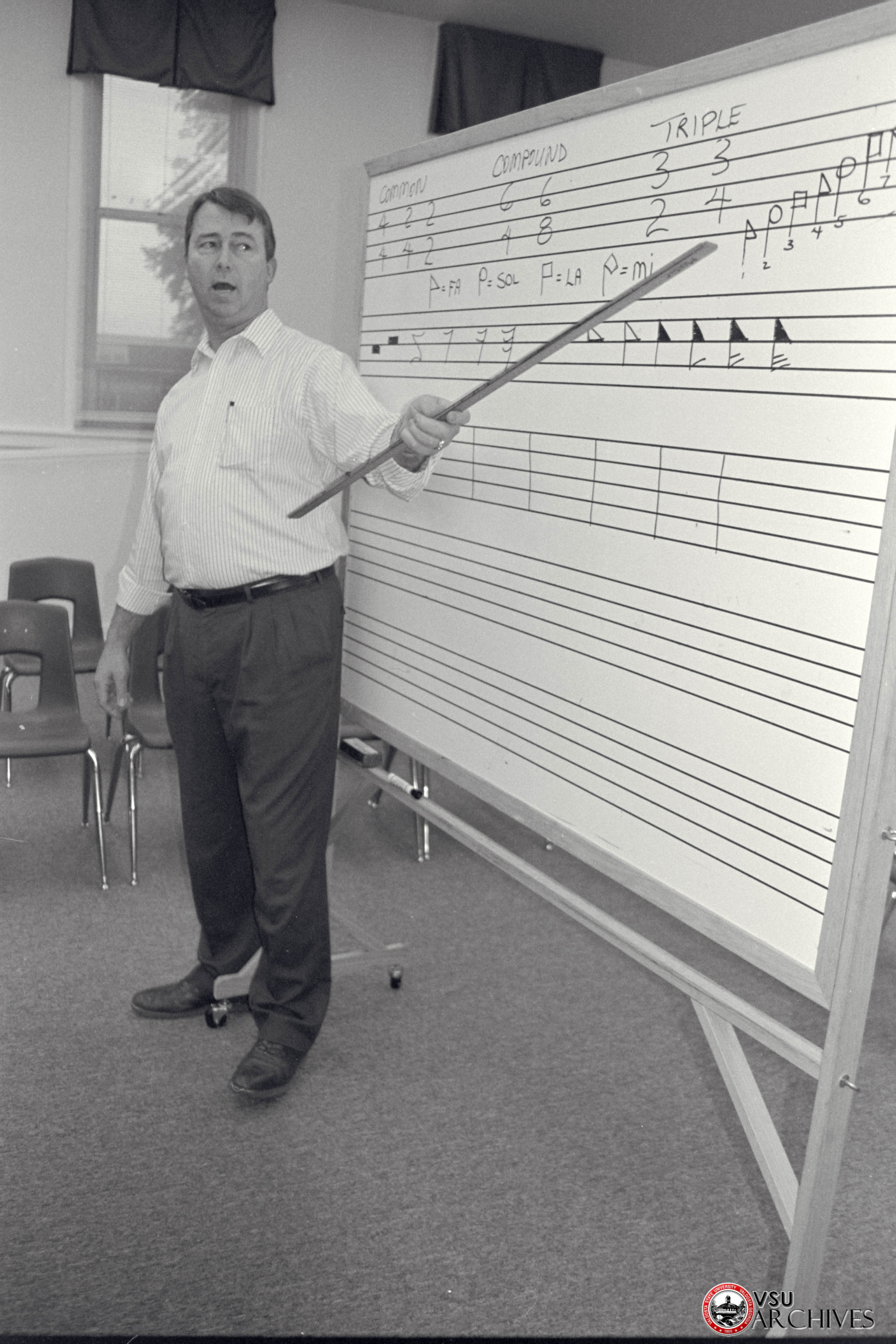 notes: David Lee home Traveled to the home of David Lee, Hoboken, GA, where I spoke with David and his cousin, Clarke Lee about sacred harp in the region. I recorded an interview with them in David's living room. Occasionally, Clarke's wife Julie and David's wife (Cathy) sat down on the couch behind me and made a few comments in response to the conversation. I had met the Lees at the sacred harp sing in Hoboken last month, where David was the song leader, assisted by Clarke. David is the designated talker of the two, and is very articulate, but Clarke chimes in when he has something to add. I had originally though the two were brothers, but in fact are some sort of distant cousins (raised near one another and acting like brothers), with their kinship relationship strengthened by marriage. All the long-standing families around the swamp seem related in some way, but the complexity of family ties is baffling to me at least. The Lees are very open and very articulate about their tradition. Both men are in their early 40's. They have spearheaded an attempt to revitalize a drying sacred harp tradition which has been a part of David's family, at least, for 5 generations. The sacred harp of the region is closely tied to the Primitive Baptist faith, especially the conservative Crawfordite branch of Primitive Baptists. Both men have been thrown out of the High Bluff church, into which they both became members at age 17, because of their recent sacred harp activities and attempts to revitalize the tradition over the past two years. As the Lees describe it the tradition was drying; there were few sings and those that occurred were not enjoyable--people came because they thought they should, not because they wanted to. This was in sharp contrast to much of the two men's life experiences, where sacred harp and the hymn sings of the PB church were a way of life. Different families had sings in their homes, and families in fact had their own style of singing. Singing occurred in community halls, at weddings, funerals. Like other Crawfordite PBs, David Lee said that he doesn't listen to radio (sacrilegious) and bought a TV only recently to view videos made of the sacred harp sings (hasn't yet hooked it up). Other kinds of singing was considered blasphemous. The factionalism among the different PB groups (described in John Crowley's dissertation, FSU, History 1996, The Primitive Baptists of South Georgia and Florida) helped caused the decline of sacred harp. Different people don't speak with one another, etc. By the late 1980's and early 90's things were getting pretty bad, and Clarke Lee, the current song leader, was so disgusted he didn't want to continue. That is when David Lee decided to try to revitalize the tradition, and he got Clarke interested in working with him. They were so isolated that until the last couple years they didn't know about all the other sacred harp groups in the country. They have since been to Tallahassee, Atlanta, all over Alabama, Chicago, etc. attending sings. David started the sings in the Hoboken school in fall of 1995 using a new model, adapted from other sings he had visited, of having different song leaders for each song, allowing women and children to participate, and not requiring that people walk time. If I understand this correctly (as explained to me first by John Crowley then by the Lees themselves), the most conservative Primitive Baptists don't believe in prayer in front of non PBs (and perhaps not even in front of members of other associations of PBs), and because sacred harp sings fairly universally end with prayer, Clarke and David's participation in sings around the state, region, and nation caused their ouster from High Bluff. I don't believe they are currently a member of any church, although David attended services at the Saudis Church (Folkston, GA), led by his cousin Tollie Lee, on Feb. 16, and both Clarke and David attended the hymn sing after church.