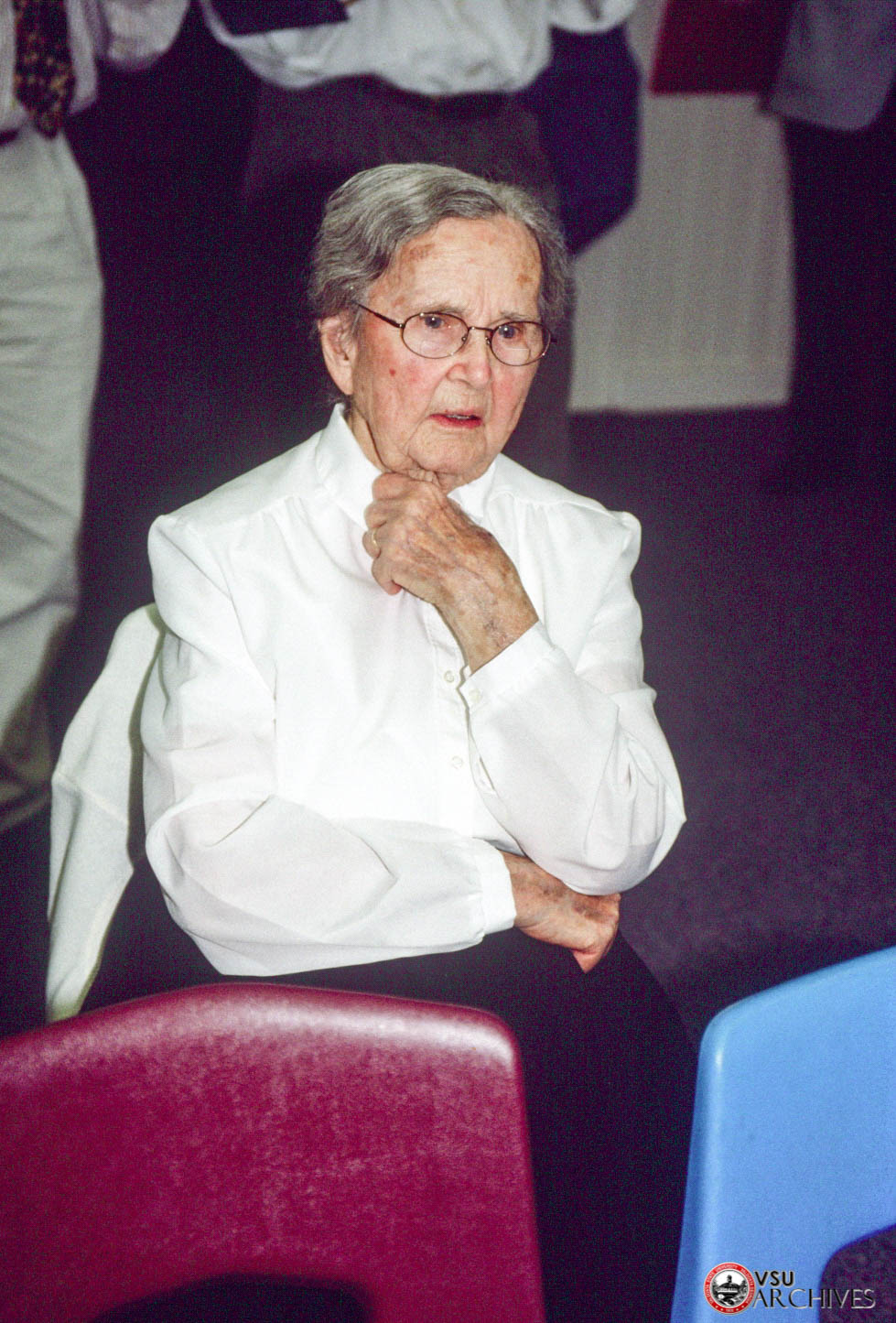 notes: "Deceased Elvira Lee is the widowed wife of Silas Lee. Silas had been the singing school leader in the Hoboken region before passing on the mantle to David and Clarke Lee. Elvira is the daughter of Martin E. Dowling and the granddaughter of Lazarus Dowling, both singing school leaders in the area. Martin Dowling passed on the tradition to his son-in-law (Elvira's husband), Silas Lee. Tollie Lee, the Primitive Baptist elder, is her son; David Lee is some kind of nephew on her husband's side. The publication Snow White Sands', by Mrs. Howard Powell (South Georgia College, Douglas, 1975), given to me by both Tollie and David Lee, has a much more detailed description of the singing school and sings held by Martin Dowling than Elvira could provide. Elvira didn't know that her grandfather Lazarus, who died when she was 6, was a song leader until she read it in the Dowling genealogy (Tollie also sent me a copy of the relevant pages here). Like many couples associated with the sacred harp that I have met, Elvira and Silas met at a sing. They were married in 1934. She gave me copies of the obituary and an article done on Silas and sacred harp in the local paper not long before his death (this is the article based on the video interview that David Lee and his father Johnny did with Uncle Silas and which David lent me a copy). Elvira Lee has been a quilter and says all her daughters know how, although they are too busy to do it. She likes to make sour cream cake (I didn't get recipes) and fig preserves. Other leads: Adam Lee, Silas' cousin, a fiddler now in the nursing home. Blueberry Restaurant, off the beaten track in Hoboken, run by her nephew and evidently the local eatery. She was using an interesting carved walking stick, which was made by her son, Ronnie Dale Lee (Central Avenue, Hoboken, 912-283-8931). The stick is made out of maple (perhaps a root?) and carved with various geometric designs. Ronnie is a 'whittler' she told me. She showed me several other pieces he had made her, these out of tupelo: a bread board, bowl, and wood holder. They all look hand-made. I took photos and she called Ronnie Dale's wife to find out the kind of wood for me.