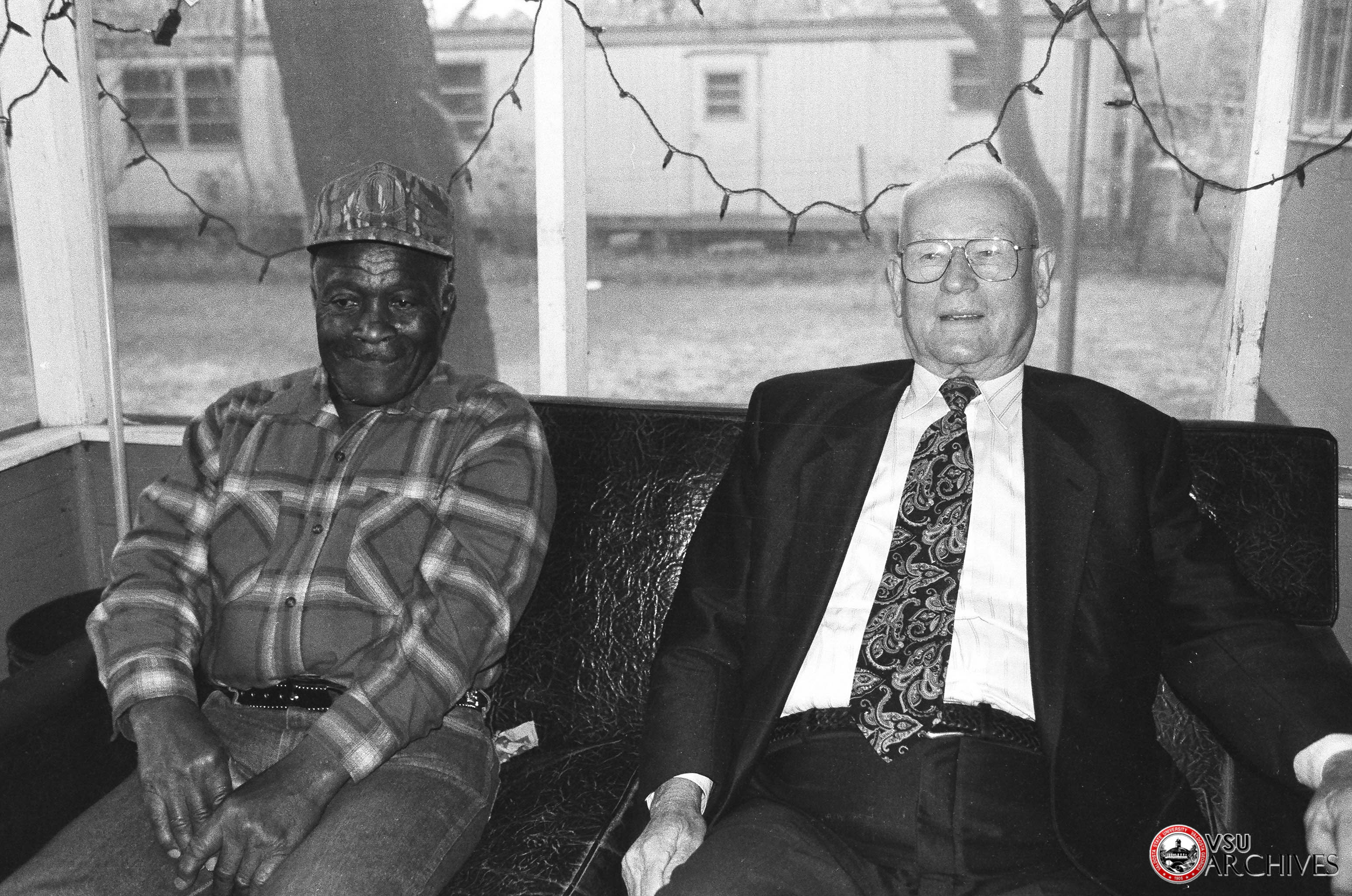 content_summary: "Interview with Alton Carter, boss, and Elliott West, his worker for many years, on West's front porch. The two reminisce about the turpentine industry, work, the camp quarters, entertainment, the demise of the industry."

technical_summary: "Good, but ambient sounds include cars going by on nearby road, etc."

item_title: Carter and West in the Woods

content_summary: Recording of the three turpentine men, boss Carter and workers Robinson and West, in the woods outside the entrance to Okefenokee Swamp Park south of Waycross, getting sound for a radio program, and recording their comments about work in the woods and the difficulties turpentiners faced in the twilight of the industry. This was not actual work, but West in his work clothes and with his hack chipping on old faces so I could get sounds for the radio program that was eventually included in Wiregrass Ways.